Beware of job offers in the internet

The Philippine Overseas Employment Administration reiterates its warning on the proliferation of fake job offers in the internet particularly on Facebook.

The POEA recently received complaints from several job applicants who have been victimized by a Turkish national and his Filipino wife who were recruiting overseas Filipino workers in Taiwan, Malaysia, Singapore and the Philippines through Facebook for supposed jobs in Turkey, Australia, Canada, Italy, France and other countries.

The complainants identified the couple as Gilrlie Mapano Supnad and Safer Yildiz, her Turkish husband who are presently residing in Istanbul, Turkey. In consideration of the promise of work in various hotels, the applicants said they were required to send 120 to 320 US dollars through Western Union supposedly for processing of visa and work permit.

After sending money, the victims said all that they heard from the couple were excuses with no positive result on their supposed job application.

The POEA advises overseas job applicants to be suspicious of jobs posted individuals in their Facebook accounts who have no authority to recruit Filipino workers for overseas jobs.

The official website of the Philippine Overseas Employment Administration is poea.gov.ph, the same name of its official Facebook
page. 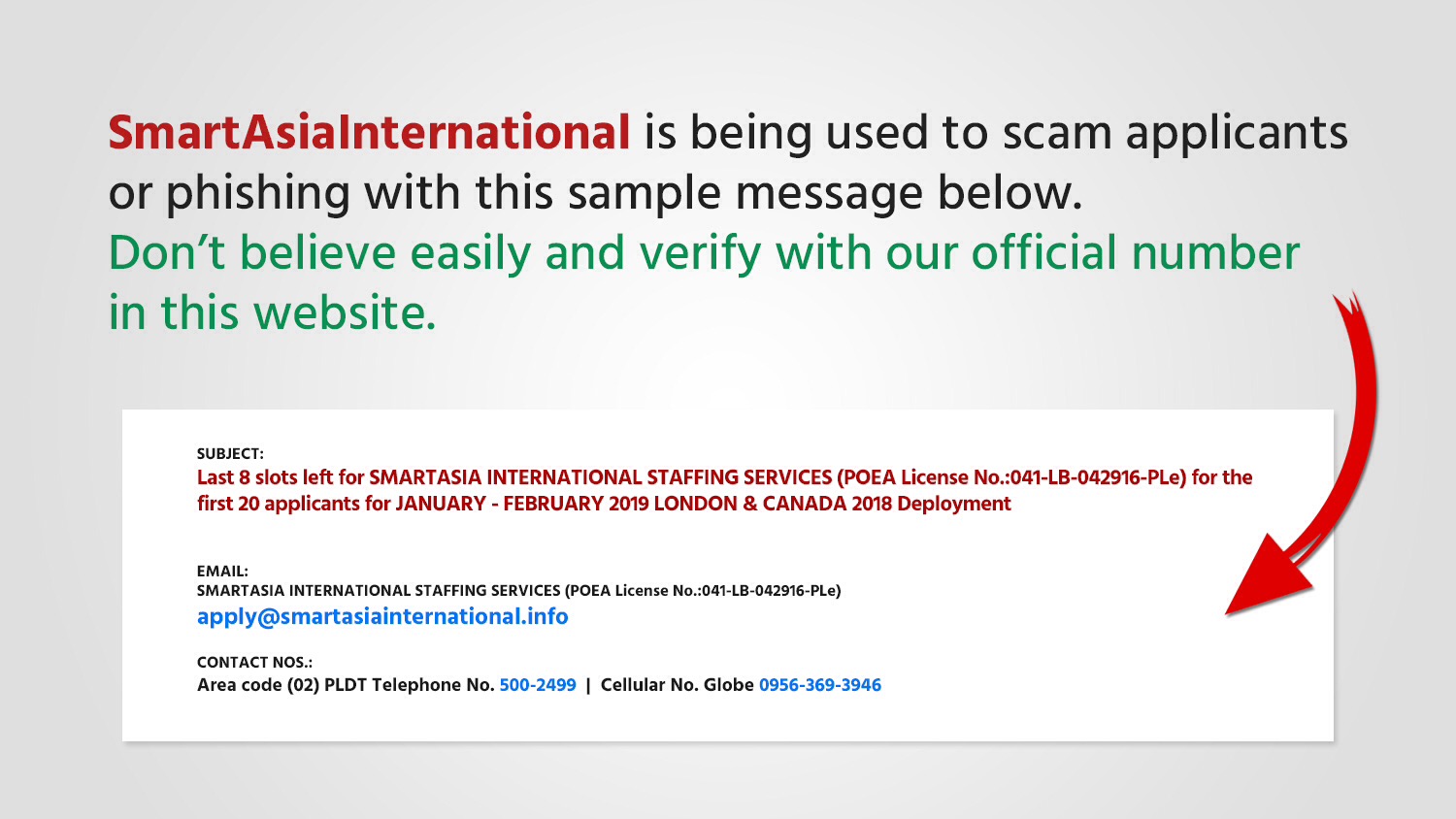